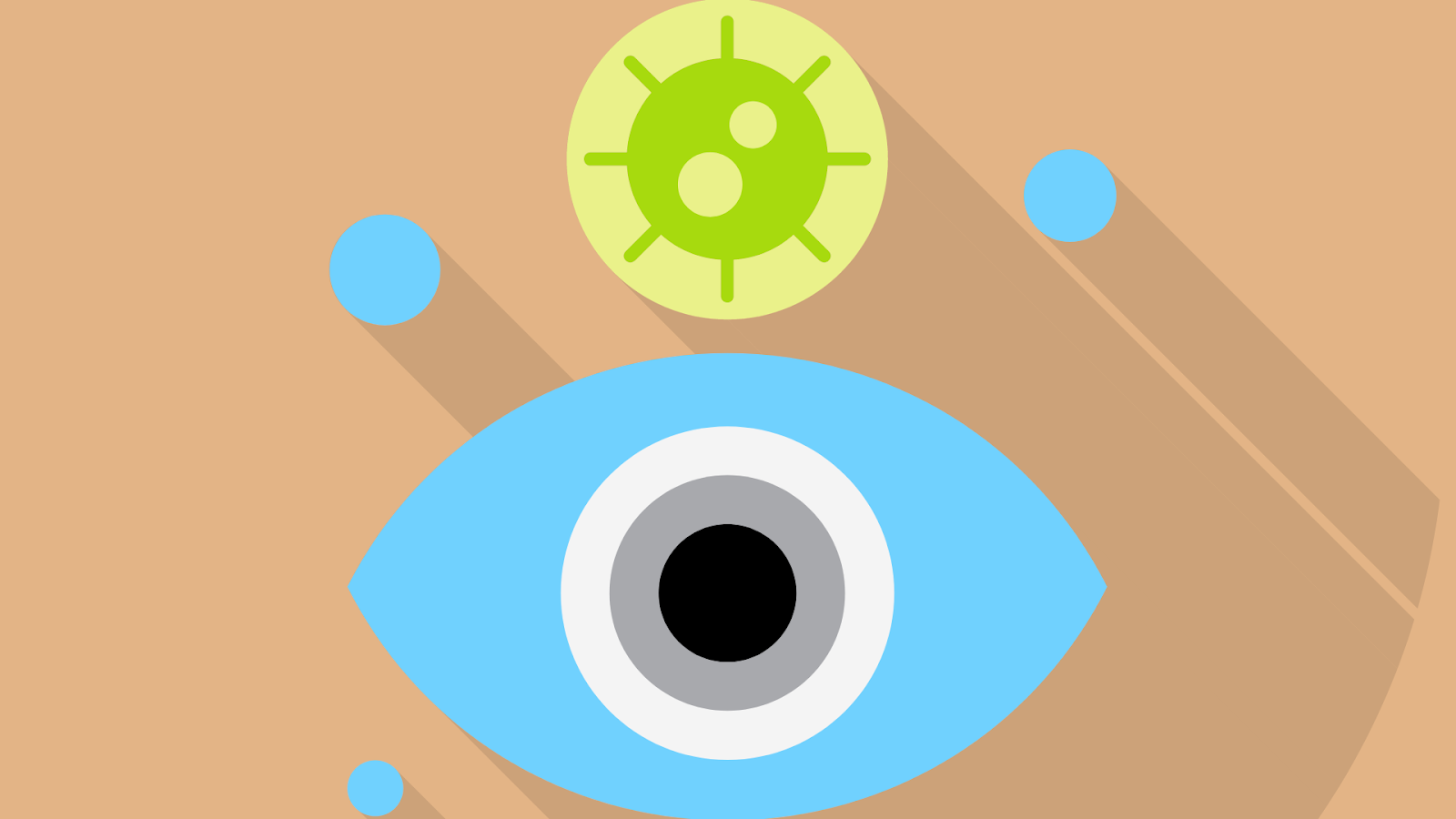 The eye which serves the important function of vision requires to be safeguarded from physical insults and infections. The retina, a layer at the back of the eye, produces visual sensations by transforming light into signals that are sent to the brain. In the light path to the retina, different types of cells and tissues are involved in maintaining transparency like the cornea, lens, and vitreous fluid (see figure 1). Following even common surgical procedures for cataracts, vision correction or accidental injury, disease-causing bacteria can get introduced into the eye, leading to an infection-associated inflammatory condition known as “endophthalmitis’.

The current treatment for endophthalmitis involves injecting antibiotics directly into the posterior space of the eye called the vitreous cavity. This mode of treatment becomes a problem when the bacteria become resistant to various antibiotics, also known as antibiotic-resistant bacteria. Despite surgical interventions and administration of fourth-generation antibiotics, these antibiotic-resistant bacteria-associated endophthalmitis results in poor visual outcomes often leading to complete vision loss within a few days of onset of infection. Losing one’s eyesight has a big impact on a person’s quality of life. It gets worse when you learn that the existing medication cannot assist in the treatment.

World Health Organization (WHO) has recognised Antimicrobial Resistance (AMR) as one of the leading public health threats of the 21st century. A 2022 study in The Lancet showed that antibiotic resistance, a subset of AMR, wherein disease-causing bacteria become immune to the effects of antibiotics, was responsible for 1.27 million deaths in 2019 alone. Among other health conditions, resistance to first-line, second-line, and last-resort antibiotics in pathogens affecting the eye continues to surge, leading to failure of treatment for critical eye infections.

In our research, we addressed this challenge by comparing the host immune response that is activated by antibiotic-resistant bacteria versus bacteria that are susceptible to antibiotics. For this study that was carried out both in vitro (in human retinal cells) and in vivo (in human vitreous samples and mice model), we selected two classes of antibiotic-resistant bacteria – Pseudomonas aeruginosa (resistant to all the major classes of antibiotics) and Methicillin-resistant Staphylococcus aureus (the infamous MRSA).

The study also revealed modulation of several genes involved in stressing out two key components in the human cell – the endoplasmic reticulum (ER; makes proteins, and lipids and helps detoxify drugs and alcohol) and the mitochondria (energy house of the cell). As these cellular components help in maintaining a stable environment in cells, altered expression of these genes coincided with increased inflammation. This explosive inflammatory response for a longer duration is likely to be responsible for a good percentage of vision loss.

To respond, or not to respond, that is the question

The eye is one of the few areas of the body with immune privilege. It is an extension of the brain, and like the brain, the eye also has limited regenerative properties. Inflammation of either the brain or eye can have devastating consequences for the survival of the host. For this reason, both organs go to extraordinary lengths to reduce immune-mediated inflammation—a phenomenon known as “immune privilege’’. But, the entry of the pathogenic bacteria triggers a robust immune response leading to the termination of this immune privilege.

These immune responses can also cause extensive collateral injury to the eye. The delicate tissues of the eye that make up the visual axis have a very low tolerance for inflammation. The retina also has an extremely regimented structure, necessary for the processing of visual information. Even mild edema can cause diminished vision. As a result, every step of the inflammatory process must be fine-tuned and well-orchestrated to not only ensure an effective defence but also minimal collateral damage to the retina. In addition, antibiotic-resistant bacteria are constantly evolving to evade or modulate the immune system.

Let’s consider the antibiotic-resistant bacteria as an alien, our eye as the earth, humans as the cells in the eye, and the immune system of the eye as the military. The military is equipped and well-trained to fight against a familiar enemy. However, the military is unaccustomed to the aliens and their impressive armoury. This in turn triggers the military to shift gears by utilizing all its resources; ammunition (complement system, chemokines, cytokines, caspase, death receptors), and soldiers (immune cells) to protect the earth against the aliens. The presence of the military not only creates terror in the public but also interferes with their day-to-day activity. On the other hand, the ammunition (inflammatory factors in cells such as proteases, cytokines, etc.) causes casualties and damage to the shelters (human cell walls). While the military’s intentions are pure, the truth is that most of the death and injury toll comes as a direct result of its action. Likewise, our body’s hyperactive immune response not only stresses the eye cells and interferes with their vital function but it also compromises the transparency of the eye by blocking the path of light eventually leading to diminished vision.

It is not a good idea to stop the immune system from working because, in its absence, the antibiotic-resistant bacteria will proliferate in an uncontrolled manner. The hyperactive immune system can only be modulated via immunomodulators such that there is enough immune response to kill the pathogenic bacteria without damaging the cells in the eye.

The major implication of our study is the recommended use of anti-inflammatory drugs in regulating this hyper-inflammation to treat endophthalmitis caused by antibiotic-resistant bacteria and preserve retinal architecture and function. An alternative approach might be to use immunomodulators that regulate the expression of specific pathways or mediators involved in immune response in the eye, thereby, reducing inflammation caused in the eye by antibiotic-resistant infections. Future research in this area will not only help in improving clinical outcomes in eye infections but may also provide other possible approaches to address the challenge of antibiotic resistance in other infectious diseases.