SaS is a novel and unique effort where school children have been made creative partners in the fight against this century’s biggest health threat. We combined innovative science education and public engagement approaches (on the lines of Child-to-Child Approach) to ensure that the project not only empowers young children with scientific knowledge but equips them with tools to use this knowledge to promote awareness and action in their sphere of influence. These approaches harnessed the inherent enthusiasm and creativity of young children to convey the complexity of the subject at hand.

Story is a great vehicle to deliver a message. Hence, we collaborated with World Comics India which developed the grassroots comics methodology – a simple, cost effective yet powerful engagement tool that requires only a black pen and a paper and provides a medium for people, irrespective of their education and literacy level, to express themselves.

The children in our workshops used these comics and stories to further engage with their peers, teachers, parents and community.

There was a lot of energy and immense excitement at these sessions due to the bond between the creator and the reader, that made the stories a lot more relevant to the reader. By its very nature, comics appealed to children and adults alike and made the audience a lot more receptive to the message than a regular awareness campaign. A sense of ownership of the work ensured that the dialogue on antibiotic resistance, initiated during these sessions was sustained beyond the workshop. While the local flavour of the comics helps the Indian audience connect deeply with the content, the issues discussed in the comics have relevance around the globe.

A survey by our student superhero!

A 11th grader from Hyderabad wants to understand how aware the public are about AMR. Please help her by participating in this survey 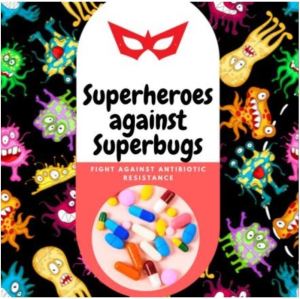 Starting #WAAW2020, we have #SaSRocur running @SaSuperbugs twitter page. Each week, we have a new guest talking all things antibiotics, Superbugs and AMR. Head out there and follow the action!

SaS is a finalist @FallingWallsEngage 2020 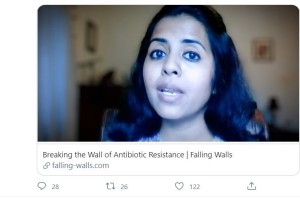 Our new comic compilation is out! View it and share it!! 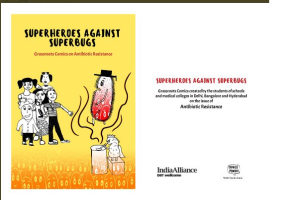